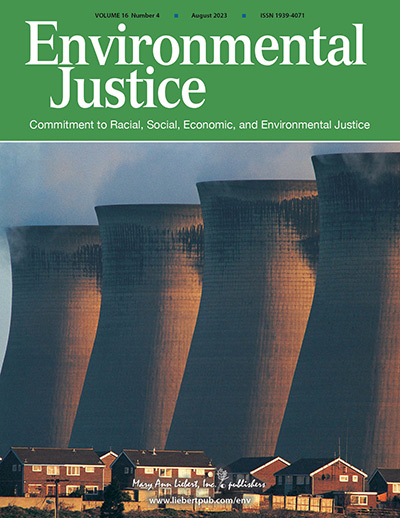 Hurricane Katrina made landfall in New Orleans 15 years ago, on August 29th, 2005, leaving 1,200 people dead and $125 billion dollars in damage with an estimated economic cost of $250 billion.  It is the worst recorded disaster in the history of the United States.  Due to pre-existing social and economic vulnerabilities, including segregation and poverty, many individuals, primarily African-Americans, were not able to escape the hurricane. Additionally, poor infrastructure in New Orleans was not resilient enough to withstand the negative impacts of Katrina. Thus, many individuals were left without food, water, medicine, and safe shelter after the disaster, and were displaced due to flooding and loss of housing. Unfortunately, five years later, the Deepwater Horizon oil spill occurred on April 20, 2010, killing 11 and injuring 17 in the initial explosion at the rig. In the BP Oil Spill, more than 200 million gallons of crude oil spilled, contaminating 92,500 square miles and 16,000 total miles of coastline from Texas to Florida, making this largest oil spill to ever happen in the United States.  Billions in economic damage and negative impacts on the Gulf of Mexico are still felt today.

Both Hurricane Katrina and the Deepwater Horizon spill had devastating long-term health, economic, social, and environmental impacts on the Gulf Coast region. In this issue, we will explore the impacts of these natural and technological disasters, how they caused or revealed environmental injustice and environmental health disparities, and whether or not lessons learned and best practices have been implemented through an equity lens to make sure that the most vulnerable and most at-risk populations and communities are prepared for the next natural or technological disaster in the region.

All manuscripts should be submitted online by August 31, 2020. All submissions will be subject to a rigorous peer review.  We encourage submissions of original research articles, reviews, and perspectives.

Suggested topic areas include, among others:

Queries to the editor to propose a topic prior to submission are encouraged. Please contact Guest Editor Dr. Robert Bullard to initiate your query or for any further details.

Learn More about this journal