Are Women in Iran Who Use Facebook Less Likely to Wear a Veil? 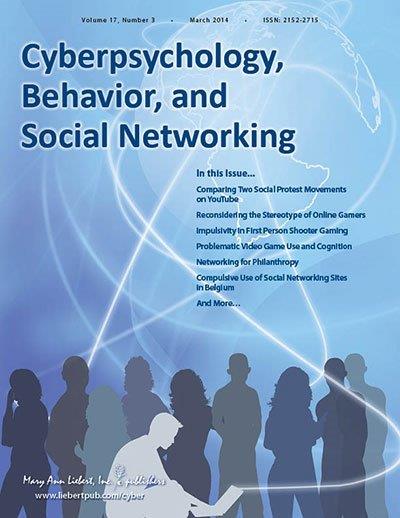 New Rochelle, NY, April 8, 2014—Use of social media such as Facebook can influence attitudes and behaviors among people of all countries and cultures. Among women in Iran, the duration and amount of daily Facebook activity is associated with their desire to wear a traditional head-covering and their willingness to display pictures of themselves without a veil, according to an article in Cyberpsychology, Behavior, and Social Networking, a peer-reviewed journal from Mary Ann Liebert, Inc., publishers. The article is available free on the Cyberpsychology, Behavior, and Social Networking website.

In "The Influence of Social Networking Technologies on Female Religious Veil-Wearing Behavior in Iran," Sean Young, PhD, David Geffen School of Medicine, University of California, Los Angeles, Abbas Shakiba, University of Shahid Chamran (Ahvaz, Iran), Justin Kwok, UCLA, and Mohammad Sadegh Montazeri, University of Semnan, Iran, report the results of a survey of Iranian women. They found significant relationships between several factors and how likely the Iranian women surveyed were to cover themselves with a veil and whether they would post unveiled photos on Facebook.

"This study is an important foray into the impact technology and social media is having on cultural and religious norms," says Brenda K. Wiederhold, PhD, MBA, BCB,BCN, Editor-in-Chief of Cyberpsychology, Behavior, and Social Networking, from the Interactive Media Institute, San Diego, CA.

About the Journal
Cyberpsychology, Behavior, and Social Networking is a peer-reviewed journal published monthly online with Open Access options and in print that explores the psychological and social issues surrounding the Internet and interactive technologies, plus cybertherapy and rehabilitation. Complete tables of content and a sample issue may be viewed on the Cyberpsychology, Behavior, and Social Networking website.

About the Publisher
Mary Ann Liebert, Inc., publishers is a privately held, fully integrated media company known for establishing authoritative peer-reviewed journals in many promising areas of science and biomedical research, including Games for Health Journal, Telemedicine and e-Health, and Journal of Child and Adolescent Psychopharmacology. Its biotechnology trade magazine, Genetic Engineering & Biotechnology News (GEN), was the first in its field and is today the industry’s most widely read publication worldwide. A complete list of the firm’s 80 journals, books, and newsmagazines is available on the Mary Ann Liebert, Inc., publishers website.