Debate Over Mars Exploration Strategy Heats Up in Astrobiology Journal 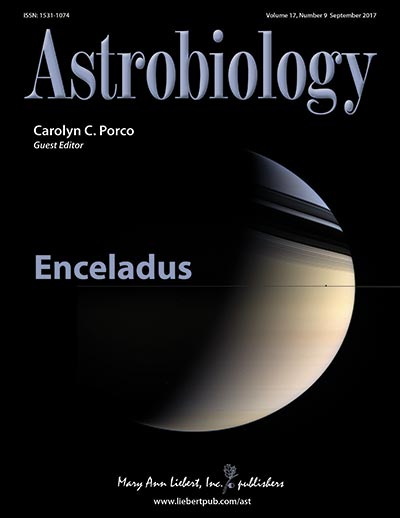 New Rochelle, October 10, 2017—Current robotic missions to Mars that have not been appropriately cleaned and sterilized must steer clear of designated Special Regions to avoid introducing Earth-borne biological and organic contaminants. However, some experts claim that this strategy is hindering the discovery of martian life forms and ask if planetary protection policies governing Mars explorations should be relaxed in advance of human missions. Arguments to ease policies and expand the search for life on Mars "before it is too late," together with a rebuttal of these views from the current and former NASA Planetary Protection Officers (who point out the major risks and areas of insufficient supporting evidence) are published in articles in Astrobiology, a peer-reviewed journal from Mary Ann Liebert, Inc., publishers. The articles are available free on the Astrobiology website.

In "Searching for Life on Mars Before It Is Too Late," Alberto G. Fairén and coauthors from Centro de Astrobiologia (Madrid, Spain), Cornell University (Ithaca, NY), Technical University Berlin (Germany), the SETI Institute (Mountain View, CA), and McGill University (Québec, Canada) contend that the coexisting approaches of protecting Special Regions—which they suggest may be the most likely sites for finding martian life—and plans for human missions to Mars (that will spread terrestrial contaminants and make it more difficult to identify the biological components comprising martian microorganisms) are incompatible. The authors propose a more thorough biological exploration of Mars over the next 10-20 years that would include access to the Special Regions with spacecraft that may be less clean than current requirements would allow.

J.D. Rummel, SETI Institute, and C.A. Conley, NASA Headquarters (Washington, DC), respond to Fairén et al. in the article entitled "Four Fallacies and an Oversight: Searching for Mars Life," and identify several shortcomings in the authors' logic and proposals. Among these, Rummel and Conley question the contention that evidence of current and past Mars life would best be found in Special Regions, that exploring Mars with "dirty" robots is urgently needed (rather than being a sure way to “discover” robot-borne contamination), and note that achieving sufficient levels of spacecraft cleanliness is not, truly, cost-prohibitive. They also question the contention that the arrival of humans on Mars would immediately contaminate Special Regions themselves.

About the Journal
Astrobiology, led by Editor-in-Chief Sherry L. Cady, a Chief Scientist at the Pacific Northwest National Laboratory, and a prominent international editorial board comprised of esteemed scientists in the field, is the authoritative peer-reviewed journal for the most up-to-date information and perspectives on exciting new research findings and discoveries emanating from interplanetary exploration and terrestrial field and laboratory research programs. The Journal is published monthly online with Open Access options and in print. Complete tables of content and a sample issue may be viewed on the Astrobiology website.

About the Publisher
Mary Ann Liebert, Inc., publishers is a privately held, fully integrated media company known for establishing authoritative peer-reviewed journals in many promising areas of science and biomedical research, including New Space and High Altitude Medicine & Biology. Its biotechnology trade magazine, GEN (Genetic Engineering & Biotechnology News), was the first in its field and is today the industry’s most widely read publication worldwide. A complete list of the firm’s 80 journals, books, and newsmagazines is available at the Mary Ann Liebert, Inc., publishers website.