How Influential Are Peer Reactions to Posts on Facebook News Channels? 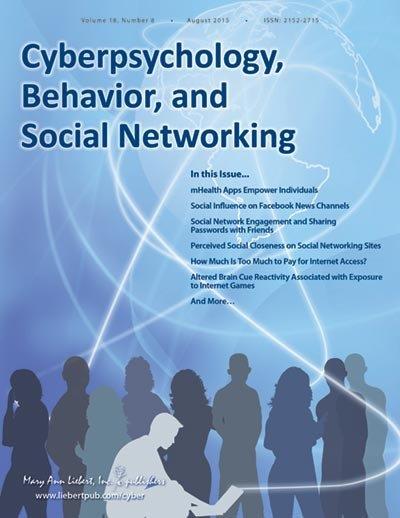 New Rochelle, NY, August 17, 2015—An experiment to determine the effects of positive and negative user comments to items posted by media organizations on Facebook news channels showed, surprisingly, that the influence of user comments varied depending on the type and number of user comments. Negative comments influenced the persuasiveness of a news article, while positive comments did not, and a high number of likes did not have the expected bandwagon effect, as reported in an article in Cyberpsychology, Behavior, and Social Networking, a peer-reviewed journal from Mary Ann Liebert, Inc., publishers. The article is available free on the Cyberpsychology, Behavior, and Social Networking website.

In “They Came, They Liked, They Commented: Social Influence on Facebook News Channels,”
Stephan Winter, PhD, Caroline Brückner, and Nicole Krämer, PhD, University of Duisburg-Essen, Germany, describe the online experiment they performed in which they showed participants a Facebook posting of an article from a reputable news site. The authors systematically changed the type of user comments (positive or negative) and the number of likes associated with the article and evaluated the reactions of the study participants.

“The current research found a negativity bias, which we have also seen in previous research using other media formats, such as radio advertisements,” says Editor-in-Chief Brenda K. Wiederhold, PhD, MBA, BCB, BCN, Interactive Media Institute, San Diego, California and Virtual Reality Medical Institute, Brussels, Belgium. “In these previous media studies, it was discovered that although there is a negativity bias, the positive messages actually elicit higher levels of physiological and self-reported arousal, allowing for storage in long-term memory.  Negative messages were not able to be stored, and in later memory tests the information was not available for retrieval. It would be fascinating to see if this proves itself out in Facebook studies as well.”

About the Publisher
Mary Ann Liebert, Inc., publishers is a privately held, fully integrated media company known for establishing authoritative peer-reviewed journals in many promising areas of science and biomedical research, including Cannabis and Cannabinoid Research, Games for Health Journal, Telemedicine and e-Health, and Journal of Child and Adolescent Psychopharmacology. Its biotechnology trade magazine, Genetic Engineering & Biotechnology News (GEN), was the first in its field and is today the industry’s most widely read publication worldwide. A complete list of the firm’s 80 journals, books, and newsmagazines is available on the Mary Ann Liebert, Inc., publishers website.