Why Should We Be Worried About African Swine Fever Virus? 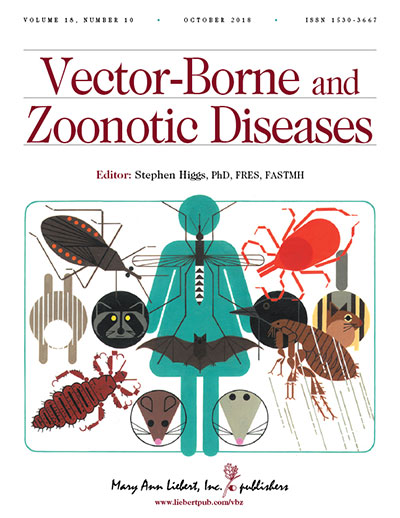 New Rochelle, NY, October 12, 2018–A new emerging pathogen, African Swine Fever Virus (ASFV) has caused outbreaks in 15 countries, including across Europe, and a month ago it was identified in China, the world’s largest producer of pork. The U.S. pork industry is highly vulnerable, as it imports large amounts of products from China that may be contaminated with ASFV, such as animal feed and dietary supplements. The impending risk of ASFV is discussed in an Editorial published in Vector-Borne and Zoonotic Diseases, a peer-reviewed journal from Mary Ann Liebert, Inc., publishers. Click here to read the full-text article free on the Vector-borne and Zoonotic Diseases website through November 12, 2018.

The Editorial entitled “African Swine Fever Virus: A Call to Action” is written by Stephen Higgs, PhD, Editor-in-Chief of Vector-Borne and Zoonotic Diseases and Director, Biosecurity Research Institute, Kansas State University, Manhattan, KS. ASFV infects pigs “and although people are not infected by it, they are certainly affected by it. People can also play an important role in spreading the virus,” says Dr. Higgs.

“The report of ASFV in the consumer port supply in China was “a gamechanger with respect to risk of ASFV introduction into the U.S.,” Dr. Higgs states. “Control is based on effective biosecurity and culling,” however, with a relatively stable virus like ASFV, one inadequately decontaminated truck driving between farms could be all it takes to spread the virus to a remote farm. As a demonstration of how quickly the ASFV situation is developing, since the editorial was released online, ASFV has now been reported in eight Chinese provinces and, independently, virus has somehow been introduced into the wild boar population in Belgium.

Vector-Borne and Zoonotic Diseases is an authoritative peer-reviewed journal published monthly online with open access options and in print dedicated to diseases transmitted to humans by insects or animals.  Led by says Stephen Higgs, Ph.D., Director, Biosecurity Research Institute, Kansas State University, Manhattan, KS, the Journal covers a widespread group of vector and zoonotic-borne diseases including bacterial, chlamydial, rickettsial, viral, and parasitic zoonoses and provides a unique platform for basic and applied disease research. The Journal also examines geographic, seasonal, and other risk factors that influence the transmission, diagnosis, management, and prevention of zoonotic diseases that pose a threat to public health worldwide. Vector-Borne and Zoonotic Diseases is the official journal of SocZEE, the Society for Zoonotic Ecology and Epidemiology. Complete tables of content and a sample issue may be viewed on the Vector-Borne and Zoonotic Diseases website.

Mary Ann Liebert, Inc., publishers is a privately, held, fully integrated media company known for establishing authoritative peer-reviewed journals in many promising areas of science and biomedical research, including Viral Immunology, Health Security, and Foodborne Pathogens and Disease. Its biotechnology trade magazine, GEN (Genetic Engineering & Biotechnology News), was the first in its field and is today the industry’s most widely read publication worldwide. A complete list of the firm’s 80 journals, books, and newsmagazines is available on the Mary Ann Liebert, Inc., publishers website.