A visual testament to the creativity and artistry of an accomplished mechanical engineer, mathematician, and computer scientist. About This Book
Search Share with a Colleague

John Wolberg: Engineer as Artist is a visual testament to the creativity and artistry of an accomplished mechanical engineer, mathematician, and computer scientist.

History is rich with examples of artistic masterpieces by Leonardo da Vinci, a self-taught engineer, Michelangelo, who was an architect, and Alexander Calder, who studied mechanical engineering. Frank Gehry has discussed how the availability of computer aided design (CAD) made it possible for him to express himself in a way that would not have otherwise been possible.

Symmetry and perspective have made possible digital art and modern art can be viewed as a visual expression inspired by science and engineering.

The art of John Wolberg, who received his PhD in engineering from MIT, is a visual testament to the relationship of engineering, science, and computers; The shapes and placement of the elements in these paintings are vivid testaments to how concepts of engineering find their way into vibrant artistic creations.

Highly educated and widely traveled, Wolberg’s fine eye for detail has served him well. He has always paid profound attention not only to paintings, drawings, and sculpture,  but to the life of the artists and what inspired them. He has kept assiduous notes about the many aspects of art that intrigued him.

In the creation of his own work, he often paints more than one version; his solid knowledge and expertise in Photoshop have provided new opportunities to enhance some existing works and create new ones. This is particularly meaningful as Wolberg’s commitment to a particular concept often resulted in several versions; a practice that continues.

Dr. Wolberg has almost all of his original paintings although some are on display at the Technion or in the homes of a select group of collectors, both in the United States and abroad. He has developed extensive expertise in digital enhancements, which he has also incorporated into new versions of particular paintings, and each giclée that he makes available is personally scrutinized before it is approved for printing.

After retiring from his long successful career in academia at the Technion in Haifa, including the publication of 6 books and approximately 100 engineering and scientific treatises, Dr. Wolberg is now engaged full time in his painting and exploring advances in digital technology in art.

The art selected for this volume was chosen by the artist in consultation with the publisher, who is acting as agent for the artist. For information on purchasing artwork, please click here. 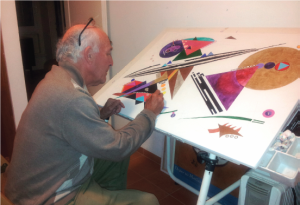 John Wolberg is a Professor Emeritus of Mechanical Engineering at the Technion— Israel Institute of Technology in Haifa, Israel. He is a graduate of Cornell University and MIT and came to Israel after completing his studies. His academic specialization has been in the area of computer applications for engineering and scientific problems. He has written several computer programs for the analysis of data that are being used by many laboratories throughout the world. His interest in art began as an undergraduate at Cornell but he only started painting on a sabbatical leave in the 1980s. He has amassed a large body of work. This book is a selection of 40 paintings that he feels represents his painting style.

The views, opinions, findings, conclusions and recommendations set forth in any Journal article are solely those of the authors of those articles and do not necessarily reflect the views, policy or position of the Journal, its Publisher, its editorial staff or any affiliated Societies and should not be attributed to any of them. 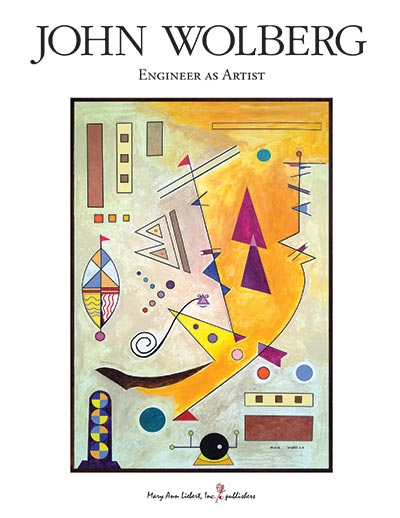