Could the Deadly Mosquito-Borne Yellow Fever Virus Cause a Zika-Like Epidemic in the Americas? 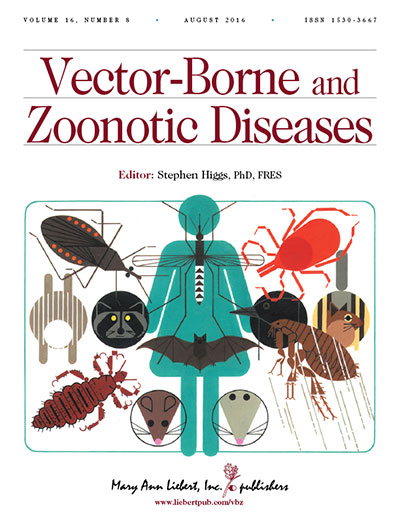 New Rochelle, NY, July 26, 2016–Yellow fever virus (YFV), a close relative of Zika virus and transmitted by the same type of mosquito, is the cause of an often-fatal viral hemorrhagic fever and could spread via air travel from endemic areas in Africa to cause international epidemics.  The recent reemergence and spread of YFV in Africa and Asia and the dire shortage of YFV vaccine have called attention to the potential public health threat of yellow fever and the need for specific measures to prevent infection and control spread of the virus and its mosquito carrier. These measures are clearly presented in a Short Communication and accompanying Editorial published in Vector-Borne and Zoonotic Diseases, a peer-reviewed journal from Mary Ann Liebert, Inc., publishers, and are available free on the Journal website until August 26, 2016.

In the article “Yellow Fever Remains a Potential Threat to Public Health,” Pedro Vasconcelos, Ministry of Health, Ananindeua, Brazil, and Thomas Monath, NewLink Genetics Corp., Devens, MA, state that urban epidemics caused by the spread of Aedes aegypti mosquitoes are currently of great concern due mainly to increasing urbanization, climate change, and air travel, which has put more than 130 countries infested with the mosquito and more than 4 billion people at risk of yellow fever. The authors describe the most recent YFV epidemic in Angola and the reasons for the lack of sufficient vaccine stockpiles. They propose actions to increase vaccine availability and the need for new approaches to combat Aedes aegypti mosquitoes, especially in urban environments.

“As we have recently seen with West Nile, chikungunya, and Zika viruses, vector-borne and zoonotic diseases continue to be a significant and unpredictable threat to mankind,” says Stephen Higgs, Ph.D., Editor-in-Chief of Vector-Borne and Zoonotic Diseases, and Director, Biosecurity Research Institute, Kansas State University, Manhattan, KS. “Despite studies of yellow fever that span over more than 100 years, we still lack critical understanding and resources to combat these diseases. The number of cases of yellow fever in several African countries continues to increase despite a major vaccination campaign. We are also seeing travel-related cases in the People’s Republic of China. Elsewhere, yellow fever cases have been reported in Brazil, Chad, Colombia, Ghana, Guinea, and Peru.”

Vector-Borne and Zoonotic Diseases is an authoritative peer-reviewed journal published monthly online with open access options and in print dedicated to diseases transmitted to humans by insects or animals.  Led by says Stephen Higgs, PhD, Director, Biosecurity Research Institute, Kansas State University, Manhattan, KS, the Journal covers a widespread group of vector and zoonotic-borne diseases including bacterial, chlamydial, rickettsial, viral, and parasitic zoonoses and provides a unique platform for basic and applied disease research. The Journal also examines geographic, seasonal, and other risk factors that influence the transmission, diagnosis, management, and prevention of zoonotic diseases that pose a threat to public health worldwide. Vector-Borne and Zoonotic Diseases is the official journal of SocZEE, the Society for Zoonotic Ecology and Epidemiology. Complete tables of content and a sample issue may be viewed on the Vector-Borne and Zoonotic Diseases website.

Mary Ann Liebert, Inc., publishers is a privately, held, fully integrated media company known for establishing authoritative peer-reviewed journals in many promising areas of science and biomedical research, including Viral Immunology, Health Security, and Foodborne Pathogens and Disease. Its biotechnology trade magazine, GEN (Genetic Engineering & Biotechnology News), was the first in its field and is today the industry’s most widely read publication worldwide. A complete list of the firm’s 80 journals, books, and newsmagazines is available on the Mary Ann Liebert, Inc., publishers website.